On 19 August 2020 Apple became the first publicly traded US company to be valued at more that $2 trillion* (story on NPR). But what does that mean?

The $2 trillion in question refers to the market capitalisation of the company, which is one way of measuring a publicly traded company’s value. It’s a pretty simplistic measure to be honest but it does make for some great headlines, partly because unlike some other ways of measuring value it’s really easy to measure.

To calculate the market capitalisation (AKA ‘market cap’) of a company just multiply the number of shares available to the market by the current share price.

Example: A company with 100,000 shares available on the market (known as the ‘shares outstanding’), each of which is worth $10 would have a market cap of $1 million:

So that’s what market cap is, a simple measure of what a company is worth according to the stock market. Whether or not it’s a useful measure of a company’s value for investors is a matter for debate. Is an Apple really worth (almost) two Googles? Or 5.8 Nestlés?

By clicking on 'Subscribe' you are consenting to join our mailing list which is held on MailChimp. You can unsubscribe at any time. We will only ever use this list to send you information about SI:REDUX and we will never pass your data on to any third parties. You can read MailChimp's privacy policy here. 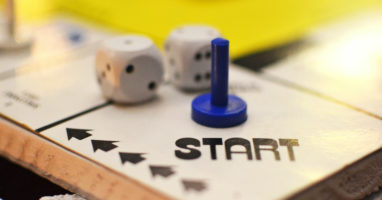 SI:REDUX is now fully open for business! You can sign up for a team manager account on our registration page and then set up as many player teams as you want for your students.

We need your support to develop and run SI:REDUX, so please consider making a donation below or contact us about sponsorship and advertising opportunities on sponsor@siredux.trade.

Online donations can only be made using a credit card and are processed by Stripe (read their privacy policy) on behalf of Refined Practice KlG, the company that owns and runs SI:REDUX. Refined Practice receives your name and email address, we never have access to your card details.